Our friends at West Laurel Hill Cemetery have chosen First Person Arts to be a recipient of the fundraising effort through their partnership program.  What is even more exciting is former Ex-Files host, Aunt Mary Pat, will be the featured performer.  First Person Arts will receive 25% of every ticket sold!

Aunt Mary Pat first came onto the scene in early 2018 through a viral video after the Historic Eagles Super Bowl win! Since then, she has performed more than 100 unique shows for thousands of people. In early 2019, after a successful kickstarted campaign she released her debut comedy album “Talk of the Township.” It hit #5 on the iTunes comedy charts. The album featured three #1 iTunes comedy singles.

Aunt Mary Pat has been recognized as Delaware’s Readers’ Choice best entertainer 2019 and Best of Delco’s 2019 for best comedian. Her catchphrases have become synonymous with the Philadelphia region. She recently released a successful Christmas album called “Mary Friggin Christmas.” She will be embarking on her first national tour in 2020 called “The Fish Outta Woodier Tour:” Aunt Mary Pat enjoys raising funds for local LGBTQ+ fundraisers. 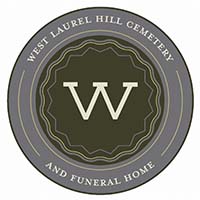 To register for this event please visit the following URL: https://westlaurelhill.com/events/aunt-mary-pat-s-boo-bash-comedy-show →