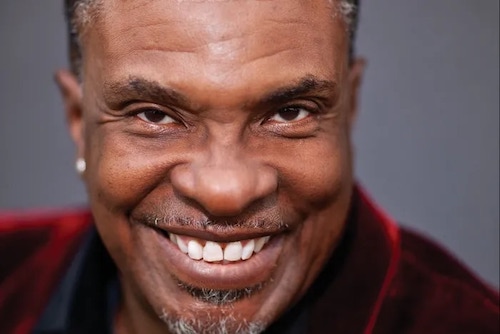 Keith David — Triumph megachurch’s duplicitous patriarch Bishop James Greenleaf on the OWN drama Greenleaf and a respected character actor — is more often than not the baritone-voiced bad guy.

So I was delighted to learn that First Person Arts executive director Jamie Brunson handpicked the classically trained David to star in a dramatic reading Saturday of Zora Neale Hurston’s posthumous New York Times best seller Barracoon: The Story of the Last Black Cargo for the nonprofit’s annual festival, which runs through Nov. 17.

“There is good theater and there is bad theater, but this, this is important theater,” David told me over the phone as he drove through Los Angeles on Monday. David’s familiar voice — you might also recognize him as Kevin Hart’s dad in the comedy Night School, or as the narrator of many of Ken Burns’ PBS documentaries, including The War and Jackie Robinson — came through crystal clear despite our staticky connection.

Barracoon is the tender story of 86-year-old Cudjo “Kossola” Lewis, a survivor of the Clotilda, the last slave ship known to have traveled the Middle Passage. In 1931, Hurston, acting more as an anthropologist than the writer of the beloved Their Eyes Were Watching God, finished the manuscript after spending months with Lewis.

“[Hurston gave us] in-your-face reporting that proves the more things change, the more things say the same,” David said. “All of the things he goes through is what a lot of black men go through today.”

But this was Hurston’s first work and publishers didn’t bite. Barracoon went unpublished for 87 years. In April, Amistad, an imprint of HarperCollins, published a version edited by Hurston scholar Deborah D. Plant.

Lewis’ story is heartrending. The reader travels with him through manhood as he is ripped from his home in Africa, survives slavery, is emancipated, gets married,  and loses not one, but two, sons to the evils of Jim Crow. Hurston tells Lewis’ story in his authentic voice, a mix of West African and Alabama-infused dialect.

First Person Arts continues Hurston’s tradition by giving people a platform to tell their stories. Lewis could not tell his own story, at least not on paper without Hurston. Brunson opens the stage to local storytellers, just as Hurston opened her pages to Lewis.

“We believe in the powers of first-person stories to break down the barriers between people,” Brunson said. “Once you know someone’s story, you know them.”

The fest’s common theme is persistence, perseverance, and overcoming obstacles. Brunson added that many of the stories feature black men because they often don’t get to star in their stories of redemption.

David’s performance — a partnership between the African American Museum and the Philadelphia Department of Behavioral Health and Intellectual Disabilities Service’s Engaging Males of Color Initiative — promises to be among the most moving.

David will read three excerpts from Barracoon. Between readings, Russel Craig, a product of  the city’s foster care system who is now  part of the  Mural Arts Program; and poet Jamal Parker, who lost a friend to police brutality, will share their stories.

“Black people have transformed their spaces to make a home here,” Brunson said,  “here” being America. Brunson, like David, compared the modern-day experience of black men to Lewis’ struggle. “How do we survive and thrive in an environment that’s harmful, hostile, and oppressive? There is a price to pay.”

That price is often mental illness, which can literally be deadly, Brunson said, because of the stigma in the black community. Hopefully, he said, this event will give men in the audience permission to tell their stories of pain and healing and survival.

David, who grew up in Queens, N.Y., and studied at the Juilliard School, clearly never faced the same kind of racism Lewis faced, but he said he’s still able to feel him — especially at times when it’s obvious to him he’s been passed over for a part because of the color of his skin.

“He could have been my father or my great-grandfather,” David, 62,  said.

David is reading Barracoon now and has been practicing daily. He said he was struck by Lewis’ kind heart. His spirit, despite his trials and tribulations, remained bright.

“But you are so good at being mean and evil on screen,” I replied, recalling the way his character Lester Wallace tried to stick Ice Cube for his papers in the first Barbershop movie.

“Yes,” David said, laughing. “This role is a bit of a departure from what I normally play.”

And then in a voice that transported me to the pews of Triumph, listening to Bishop Greenleaf’s jubilant sermons, he added: “It doesn’t mean that Cudjo [or any black man] should be a doormat, but what it does mean is that no matter what, I can stand before God and say I did my best. I did what I believe and what you, God, are telling me to do. Then I can rest easy.”

For more information about the First Person Arts Festival, go to FirstPersonArts.org or call 267-402-2055